“Iugum” means “yoke” in Latin. A yoke is a wooden bar used to hitch oxen together, but the word  is also used in very early agricultural texts in reference to vines being trained on a support. This vineyardis located on the slope of Magré one of the warmest vineyard areas of Alto Adige. The warm temperature and the soil structure with a high clay content determined the selection of Bordeaux varieties. My objective was to produce a great red wine which could be barrel aged and withstand long bottle ageing.

Vinification: The Merlot is harvested from mid September, Cabernet Sauvignon from mid October. Each grape variety is vinified by itself. Grapes are destemmd leaving the berries uncrushed. Fermentation occurs in open wooden vats (40 hl capacity) and lasts 10 days approximately with punch downs twice a day. Both Merlot and Cabenet Sauvignon undergo malolactic fermentation in new barriques. Cabernet Sauvignon is aged for 12 months in new barriques. For Merlot second and third run barriques are used. 12 months after the harvest the wines are blended together. After 60 days ageing in stainless steel vats Iugum is bottled. It is then released after 24 months ageing in bottle, that is 4 years after the harvest.
Annual production: 6500 bottles
First vintage: 1995. 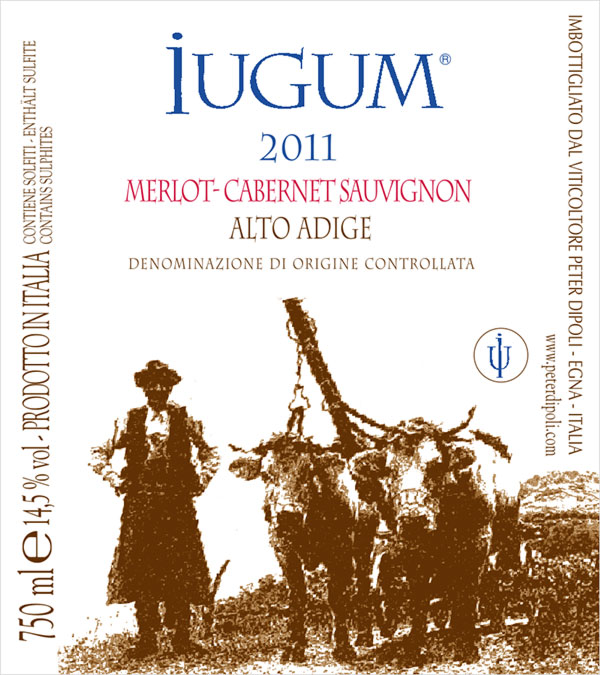